10 WAYS RAW SEWAGE CAN KILL YOU

Everyone knows that raw sewage is not pleasant. It smells bad, looks disgusting, and is potentially harmful, even deadly.

These are all reasons why SafeGroup is kept busy responding to urgent calls from clients to carry out emergency cleaning tasks involving sewage spill recovery and clean-ups.

But do you know just how potentially deadly sewage – defined as waste water and excrement carried in sewers – can be? We have compiled a list of the main ways sewage can kill you. The hazards fall into four main categories – bacterial infections, viral infections, parasitical infections and accidents. 1: Campylobacter jejuni bacteria – this bug commonly found in animal faeces, is one of the most common causes of gastroenteritis. Government figures indicate that it is responsible for more than 280,000 cases of food poisoning each year, and 100 deaths. Most of these will be caused by poor food hygiene in the home or in restaurants. However campylobacter is also found in sewage, so coming into contact with raw sewage from a sewage spill could result in a potentially deadly infection.

2: Salmonella A gram-negative and hardy bacterium, which can survive outside a host, making it one of the most dangerous types of bacteria in raw sewage. Salmonella can cause gastroenteritis, typhoid fever and paratyphoid fever, all potential killers. 3: Escherichia coli or E. coli A bacterium commonly found in the lower intestine, so also found in sewage. It is also closely linked with food poisoning, through food being prepared in unhygienic conditions, or with contaminated water. In 2000, an inquest hears that an eight-year-old girl who died of E coli poisoning could have caught the infection from sewage discharged into the sea near the beach where she played.

4: Listeria Listeria bacteria is common in nature, including sewage, and can cause a potentially deadly infection called listeriosis. Most infections in healthy adults cause only mild symptoms. However, elderly people, and those with weak immune systems, such as people with cancer and AIDS, may suffer severe potentially fatal illness, including meningitis and septicaemia. Unborn children can suffer a particularly deadly condition as a result of listeria poisoning, called meningoencephalitis, which has a 50% death rate.

5: Cryptosporidium parasite A protozoan parasite which causes Cryptosporidiosis, and can be found in sewage. A survey of sewage treatment works in the UK found traces of the parasite in the effluent of more than 25 per cent of them. Cryptosporidium can cause diarrhoea in healthy people but can be fatal for people who are already frail or unwell. It is a particular risk for people with immune deficiencies. In 2005, more than 100 people were made ill by the parasite in north Wales, triggering warnings to householders to boil water before drinking it.

6: Adenovirus This virus is quite commonly found in sewage. It causes respiratory infections like pneumonia, croup and bronchitis. It is also known to
cause eye infections, such as conjunctivitis, which can be severe. Deaths are rare, especially in the UK. But Adenovirus is the second most common cause of severe respiratory illness in children, and can be fatal, especially for babies under the age of six months. 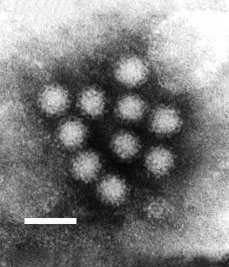 7: Norovirus Known as the winter vomiting bug, and also called the Norwalk virus, this is one of the most common causes of gastroenteritis around the world. The virus is present in sewage. For example, oyster farmers in Cornwall warn that norovirus has been found in oysters living in seawater contaminated with sewage, and that food poisoning caused by eating oysters contaminated by norovirus in this way is common. Elderly people are particularly at risk from norovirus. In 2008, a study found 453 people aged 65 or over in the UK had died as a result of norovirus infection in the five years to 2006. 8: Rotavirus Another potentially fatal virus found in raw sewage. It is the most common cause of diarrhoea in small children. In developing countries, it is a major killer. The World Health Organization estimated that, globally, 453 000 child deaths occurred during 2008 due to rotavirus infection. In the UK, the number is estimated to be between three and four a year.

9: AsphyxiationSewage generals a number of harmful gases, known collectively as sewer gas. Gases include methane, ammonia, hydrogen sulphide, carbon monoxide, sulphur dioxide and nitrogen oxides. This can have deadly consequences, especially for people who work on sewers or sewage treatment plants or who have septic tanks. In 2014, seven family members on a pig farm in Poland died when they were all overcome by noxious gas from their septic tank. The mother had fallen into the tank when she drove a tractor onto its cover and it gave way. The rest of the victims had tried to rescue her.

10: Drowning Sewage is commonly a liquid, so sadly there are regular cases of people drowning in it. In one unusual case, a women in London is thought to have walked into a large sewer in an agitated state then crawled for eight miles through the pipes before falling into water and drowning. In some cases, hydrogen sulphide gas has created acid, which has corroded septic tank covers, making them weak, resulting in people falling through them and drowning in the sewage below.

So you can see, sewage, can be risky, and potentially deadly. Even in relatively small amounts, it should be treated as hazardous waste, and treated with the greatest of care.

SafeGroup has developed highly effective sewage recovery and removal procedures to ensure our clients, the public and our own operatives are fully protected when we carry out sewage cleaning and sewage disposal work.

For us, it is, literally, a matter of life and death.