A late afternoon call to WasteSafe Services to clear less than one tonne of waste triggered an instant response that resulted in five tonnes of material being removed in a matter of hours.

A client needing urgent help to clear an overflow of waste being removed from a student hall of residence in London made a call to WasteSafe Services just before 5pm.

By 7.30pm, a WasteSafe operative was on site to remove the waste, and quickly reported back that the job was much bigger than at first thought. Gill Gallagher, Business Development Manager at WasteSafe, said: “There was a small skip at the site. It was clearly not adequate for all the waste being generated. The black bags were piling up in a large mound.

“Cleaners were removing bags of waste, including a lot of dumped unwanted belongings left behind by students, and it appeared they had underestimated the amount of material involved.

“We worked until late into the evening to clear what we could then arranged to return early the next morning to complete the waste clearance.

“As we were working, more bags of waste were being added. By the time we completed the task, and left the site clean and tidy, we had removed five tonnes of waste.

“We knew it was important to get started straight away. Piles of waste can trigger significant environmental and reputational problems.

“Our aim is to have the can-do mindset and capability that allows us to grips with an issue fast. In this case that proved vital for our client.”

Student waste – make sure it is removed legally and safely

Students are notorious for dumping unwanted belongings, including whole wardrobes of clothes, electrical items, furniture, and kitchenware, when they leave at the end of an academic year.

But even experienced cleaning contractors can be caught unawares by the sheer amount of material they have to shift out of student halls, when the occupants have left.

Gill Gallagher said: “Having the option of calling on the services of an experienced and accredited emergency waste removal company like WasteSafe is often an important back-up.

“This minimises the risk that waste will accumulate, which can encourage fly-tipping, making the problem worse. It also ensures waste is removed legally and safely, avoiding illegal practices that can result in heavy fines.”

Sister company CleanSafe Services regularly carries out end-of-year student accommodation deep cleans, which can be extreme cleaning tasks in themselves.

Therefore, WasteSafe has significant experience of clearing student flats, and works with authorised waste disposal operators who maximise the recycling or reusing of waste, diverting it from landfill. Fergus is responsible for SafeGroup’s large and extensive emergency waste management service. He is a graduate analytical environmental chemist and holds a Masters in Business Administration (MBA). Fergus has over two decades’ experience at manager and director level in the waste industry including organic waste processing and food waste collection. Fergus’s work focuses on the strategic development of our waste removal business, leading our rapid growth in this sector. Away from work, he is an avid golf player and he enjoys the great outdoors, hiking in the Lake District and North Wales. 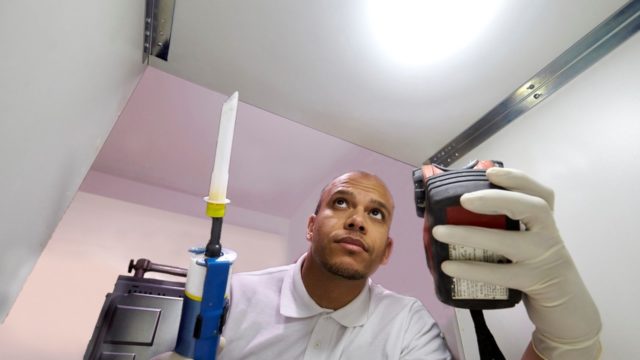